FARSA is a collection of integrated open-source object-oriented C++ libraries that allow to experiment with autonomous robots. It allow to simulate different robotic platforms (the iCub humanoid and the khepera, e-puck, and marxbot wheeled robots), design the sensory-motor system of the robot/s, design the environment in which the robot/s operate, design the robot neural controller, and adapt the free parameters of the robot. It is a cross-platform framework that works on Linux, Windows and Mac on both 32bit and 64bit systems.

FARSA is well documented, easy to use and comes with a series of exemplificative experiments that allow users to quickly gain a comprehension of the tool and a base for running a large spectrum of new experiments that can be ran simply by changing the tool parameters. The modification of aspects that are not parametric (e.g. the initial position or posture of the robot/s, the definition of a new evaluation function, or the definition of a new sensor or motor not included in the library) is also relative easy since it confined to a single and compact portion of the source code (the experiment class) and well explained in the documentation. 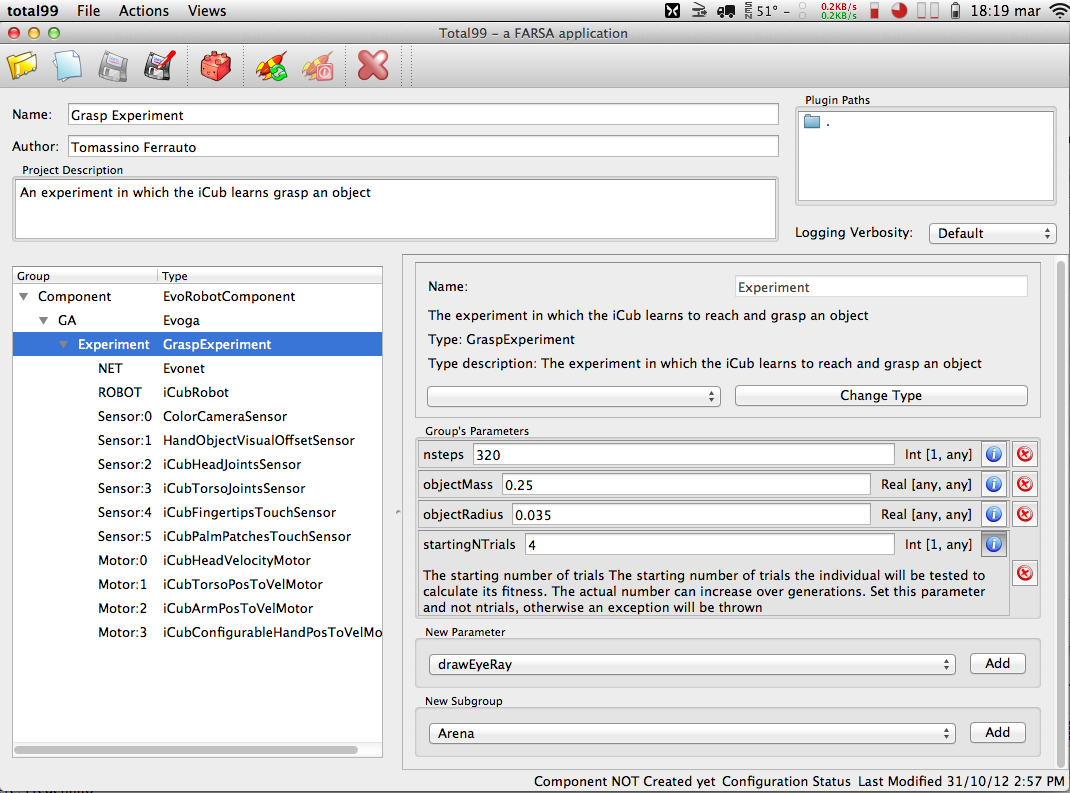